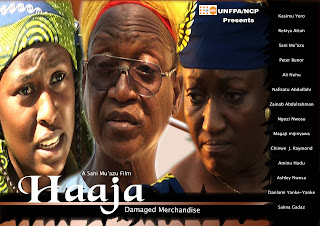 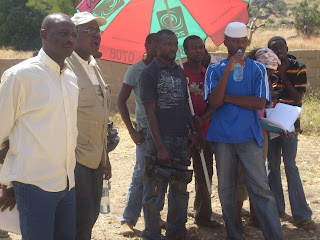 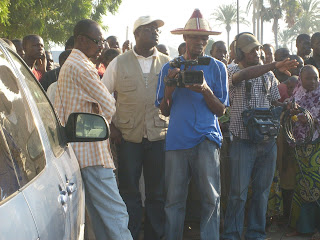 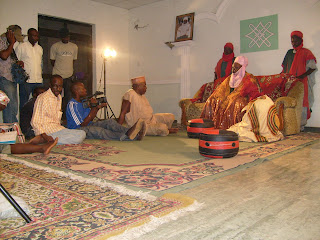 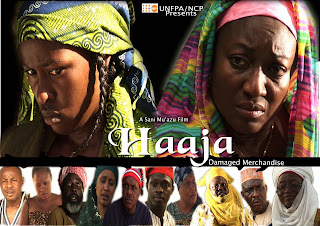 BACKGROUND
Haaja is an engaging story that captures the cultural richness, vibrancy and sense of order in the typical Hausa society and treats the subject of VVF in a dramatic, yet realistic manner, showing deep sensitivity to the cultural and religious norms of the people.

Nafisatu and Saude, each 13 years old, are very close friends in a part of Northern Nigeria where early marriage is a common cultural practice. Girls are married off at a tender age as a means to protect the society from promiscuity and uphold morality. A girl married off before she gets worldly-wise has no chance of bringing shame on her family or community. Unfortunately it has become obvious that nowadays such marriages end up in disaster and severe physical and mental agony, especially for the girls.

SYNOPSIS
Innocently, Nafisa is very happy that she is about to enter the highly romanticised institution of marriage. Little does she know that she is a bargaining chip. Her father, Gambo Mahauchi, 60, a small-time butcher is heavily indebted to Sarkin Fawa, the Chief Butcher of the locality, and is unable to pay back, with the possible consequences of going to jail. However, since Nafisa has caught the attention of the sixty-five-year-old Sarkin Fawa, they enter into a convenient arrangement.

Saude’s mother, Hajiya Altine, is alarmed when she hears about the marriage plan. She explains to the girls the dangers of VVF and the great agony and pain it causes.

Her advocacy however lands her in a police cell where she is treated quite roughly. Rather than give up, Hajiya Altine goes further to obtain a court injunction to try to stop the marriage, but this brings her face-to-face with traditional authority, which she dares not disobey.

When all seems hopeless, it is Hajiya Altine’s heart-rending encounter with VVF that shines the light for Gambo Mahauci, brings out the father in him and gives him the courage to confront Sarkin Fawa. This, coupled with recent developments in the Hakimi’s household, brings about a change of attitude that wipes the smug smile from Sarkin Fawa’s face and rescues Nafisa from imminent emotional and physical torture.
Posted by Sani Mu'azu at 11:03